The Secrets of California: 5 Uncommon Sights for Travelers

Everyone who decided to visit California certainly wants to find the most top places and see the iconic sights of the Golden State. It really abounds with beautiful and historic places, entertainment centers and luxury hotels, restaurants, exhibition centers and shops. A trip to California can’t be imagined without traveling to Hollywood and Silicon Valley, Disneyland and Beverly Hills.

However, in addition to these wonderful sights, there are many other worthy places of interest in California. The easiest way to find them is to use a car, which can be picked up in numerous car rental companies. So, the following travel list introduces top uncommon attractions of California… 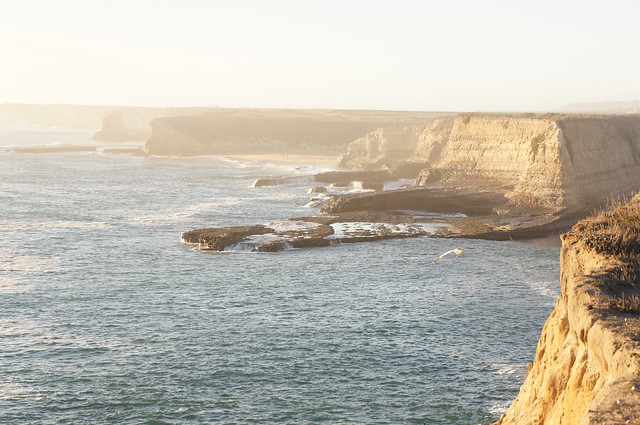 If you travel in northern California near the small town of Santa Cruz, pay attention to the unique reserve of this region – Wilder Ranch State Park. This is an incredibly beautiful place on the shore of the Pacific Ocean with stunning sea views along the coastal cliffs with fur seals that bask in the sunshine.

You can easily get there by a rental car. The park is not crowded, and many travelers come there for a picnic. Previously, the Santa Cruz Mission ranch with beautiful Victorian buildings, which belonged to the Wilder family, was located in these places.

Excursions are held in the park itself so that visitors of the ranch will be able to get acquainted with the history of herders and farmers, see the houses they lived in, beautiful gardens, and a water mechanical workshop. In short, you have a real chance to take a step back into the past two centuries ago. 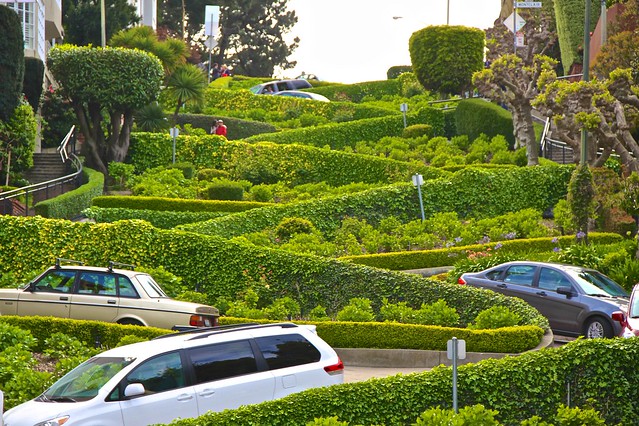 Due to its tortuosity, this street is called ‘the world’s curviest street’. Lombard Street in San Francisco is among the most famous tourist routes. It’s located on the Russian hill, and presented with a 400-meters-long stretch of road with eight sharp turns with a slope of 27%.

Driving at high speed on Lombard Street is prohibited – you can only move at a speed of 8 km/h. So the cars are ‘crawling’ along a steep road, lining up in a long line. Tourists, who want to see this unusual street, can also try to take a ride on it by car.

Curved street is paved with red brick and fully immersed in greenery: trees and shrubs, and a lot of bright flowers, make Lombard Street incredibly beautiful. On both sides of the street are cute houses and it seems that you are in some kind of children’s fairy tale. In the evenings, it shines with bright lights. So, go to Lombard Street, and be sure to grab a camera! 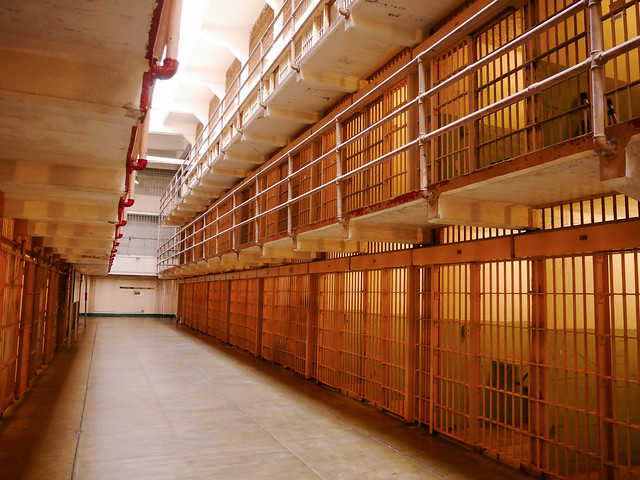 The legendary Alcatraz Prison is a unique sight. The place is not for the faint of heart, but it reveals the story of the city and the country that will truly impress you. Once you take ferry № 33, you will follow the same route that prisoners used to take to the island.

Upon arrival, you will be greeted by a park ranger who tells the story of the island and the prison. And you, armed with an audio guide, will have a fascinating and slightly creepy journey through the dungeons of the fortress, hear stories about famous prisoners, escape attempts, food riots, and even be able to hear the voices of former Alcatraz residents. In San Francisco, almost every tourist visits this historical museum. 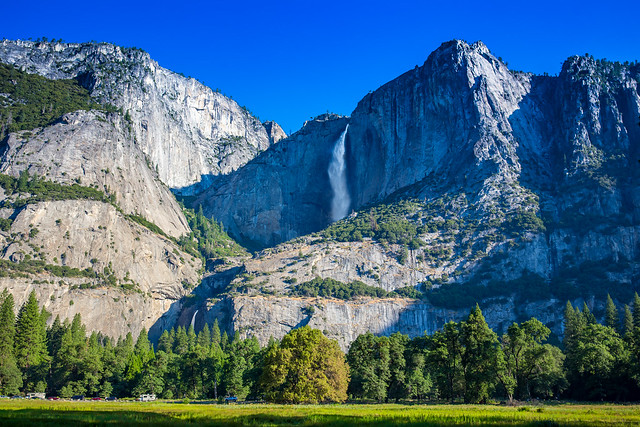 In California, it’s impossible to find another such a beautiful place as Yosemite National Park. Its landscapes don’t repeat at all: in one place it’s a clear river that slowly flows among rocky slopes, while in the other there are high thick sequoia groves, noisy high waterfalls, and monolithic granite mountains.

You can list all the beauty of Yosemite, but it’s better to see them with your own eyes, and don’t even think that your journey will last only one day!

Yosemite National Park is included into the UNESCO List of Protected Areas. Many travelers like to take a tent and go to the valley, surrounded by vertical cliffs – the Half Dome. The road to the granite crest is not easy, but having risen up, you just will be amazed.

Also, it’s worth strolling to the Yosemite Falls, which is in the top 10 world’s largest waterfalls. If you are engaged in mountaineering, you should definitely go down the rope to the detached granite column the Lost Arrow Spire or, on the contrary, climb the vertical granite monolith El Capitan, which is favorite place for climbers. 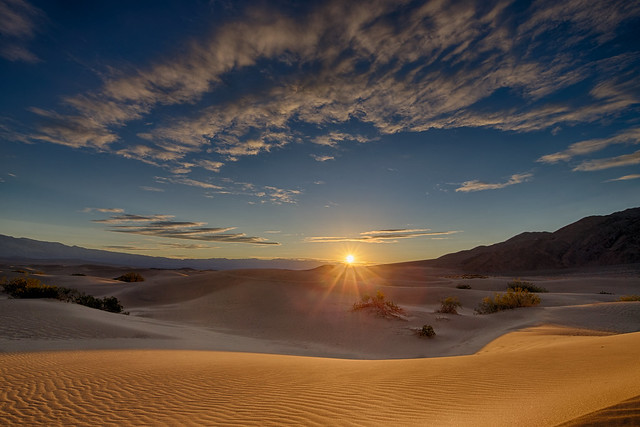 The border of California and Nevada is the hottest and most arid place in the United States called Death Valley National Park. The ground is covered with cracked crust, with sandy dunes and petrified canyons, as well as a huge Ubehebe Crater, which stands out sharply against the background of highly snow-capped mountains. But, nevertheless, thousands of tourists from all over the world come to see this dead beauty.

In order to get to Death Valley, you’ll have to rent a car, because regular buses don’t go there. Also, you can book an excursion in one of the travel agencies of Las Vegas or Los Angeles. But from what side you wouldn’t drive up to this place, fantastic views will be waiting for you everywhere. Some of them will remind you Mongolia or Patagonia in South America. The climate is very hot there – even in winter the air temperature is kept at around + 20°C. So, in the summer few people risk visiting this devilish desert.